What is Lorem Ipsum and from where did it origin ?

From its medieval origins to the digital era, learn everything there is to know about the ubiquitous lorem ipsum passage. 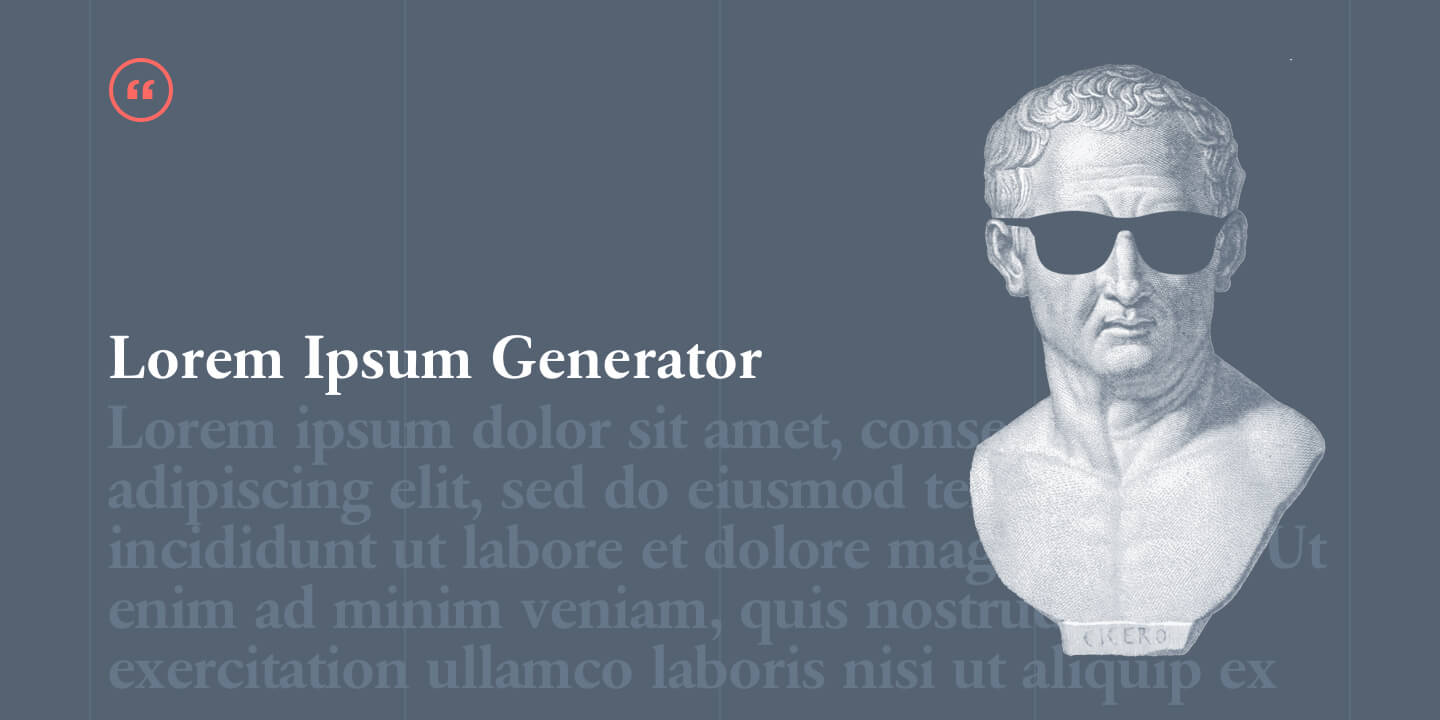 So how did the classical Latin become so incoherent? According to McClintock, a 15th century typesetter likely scrambled part of Cicero's De Finibus in order to provide placeholder text to mockup various fonts for a type specimen book.

It's difficult to find examples of lorem ipsum in use before Letraset made it popular as a dummy text in the 1960s, although McClintock says he remembers coming across the lorem ipsum passage in a book of old metal type samples. So far he hasn't relocated where he once saw the passage, but the popularity of Cicero in the 15th century supports the theory that the filler text has been used for centuries.

And anyways, as Cecil Adams reasoned, “[Do you really] think graphic arts supply houses were hiring classics scholars in the 1960s?” Perhaps. But it seems reasonable to imagine that there was a version in use far before the age of Letraset.

“What I find remarkable is that this text has been the industry's standard dummy text ever since some printer in the 1500s took a galley of type and scrambled it to make a type specimen book; it has survived not only four centuries of letter-by-letter resetting but even the leap into electronic typesetting, essentially unchanged except for an occasional 'ing' or 'y' thrown in. It's ironic that when the then-understood Latin was scrambled, it became as incomprehensible as Greek; the phrase 'it's Greek to me' and 'greeking' have common semantic roots!” (The editors published his letter in a correction headlined “Lorem Oopsum”).

As an alternative theory, (and because Latin scholars do this sort of thing) someone tracked down a 1914 Latin edition of De Finibus which challenges McClintock's 15th century claims and suggests that the dawn of lorem ipsum was as recent as the 20th century. The 1914 Loeb Classical Library Edition ran out of room on page 34 for the Latin phrase “dolorem ipsum” (sorrow in itself). Thus, the truncated phrase leaves one page dangling with “do-”, while another begins with the now ubiquitous “lorem ipsum”.

Whether a medieval typesetter chose to garble a well-known (but non-Biblical—that would have been sacrilegious) text, or whether a quirk in the 1914 Loeb Edition inspired a graphic designer, it's admittedly an odd way for Cicero to sail into the 21st century.

Don't bother typing “lorem ipsum” into Google translate. If you already tried, you may have gotten anything from "NATO" to "China", depending on how you capitalized the letters. The bizarre translation was fodder for conspiracy theories, but Google has since updated its “lorem ipsum” translation to, boringly enough, “lorem ipsum”.

One brave soul did take a stab at translating the almost-not-quite-Latin. According to The Guardian, Jaspreet Singh Boparai undertook the challenge with the goal of making the text “precisely as incoherent in English as it is in Latin - and to make it incoherent in the same way”. As a result, “the Greek 'eu' in Latin became the French 'bien' [...] and the '-ing' ending in 'lorem ipsum' seemed best rendered by an '-iendum' in English.”

“Rrow itself, let it be sorrow; let him love it; let him pursue it, ishing for its acquisitiendum. Because he will ab hold, uniess but through concer, and also of those who resist. Now a pure snore disturbeded sum dust. He ejjnoyes, in order that somewon, also with a severe one, unless of life. May a cusstums offficer somewon nothing of a poison-filled. Until, from a twho, twho chaffinch may also pursue it, not even a lump. But as twho, as a tank; a proverb, yeast; or else they tinscribe nor. Yet yet dewlap bed. Twho may be, let him love fellows of a polecat. Now amour, the, twhose being, drunk, yet twhitch and, an enclosed valley’s always a laugh.

In acquisitiendum the Furies are Earth; in (he takes up) a lump vehicles bien.” Nick Richardson described the translation “like extreme Mallarmé, or a Burroughsian cut-up, or a paragraph of Finnegans Wake. Bits of it have surprising power: the desperate insistence on loving and pursuing sorrow, for instance, that is cheated out of its justification – an incomplete object that has been either fished for, or wished for.”